Each year, in order to showcase the tremendous talents of English language Learners, NYS TESOL proudly sponsors a student project contest. As usual, the contest theme is framed within the shifting landscapes of the needs of our culturally and linguistically diverse society.
The essays were judged on relevance, organization and overall impact, idea development, content and details and literary style.

We are so proud of our two Upper West Side  faculty members: Ivan Brave and Jarod Young and their students Semayat Oliveira from Brazil and Ilona Altschuler from Germany.

This week we are featuring the essay that won First Prize, beautifully written by Semayat. Scroll down to read the full essay. 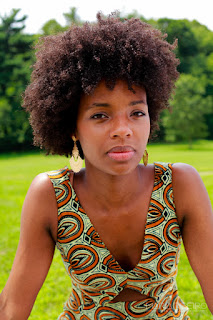 ABOUT STUDENT/WRITER:
Semayat Oliveira is a Brazilian journalist who graduated from the Methodist University of São Paulo. She is co-founder of the communications collective We, women of the periphery, which is managed by by seven women from low income neighborhoods in São Paulo. The project was born in 2014 with an article published in the Folha de São Paulo, one of the biggest newspaper in Brazil. The objective was to create new pathways to an alternative and inclusive media. Oliveira produces content as a reporter and is one of the managers of the collective. In October 2017, she will participate in The International Center on Journalists fellowship for Latin American journalists in Washington DC.

Locked Up: How to Support Mothers in Jail with Children Back Home

What is the cost of a kiss in the cheek with a “have a good night” from a mother at bedtime? It can be more important and expensive than bail, can change a life.

"They have a million questions, they want to know where I’ve been". That's what Tanisha Bynum said about having to speak to her children about why she had been out for a while. She was arrested and far from them for days: no phones, no touching. When they finally met again, the kids were curious and she was worried. But, for sure, both sides were feeling relief.

I read her story in Time Magazine, around May of this year. She is from Alabama and could have stayed for almost two months behind bars. She drove to the beach with a suspended license and got involved in an accident. The other car ran into her and, after the crash, the result was siting down and waiting in a local prison to go trial. Aside from being a mother of three kids, at that time, she was also two months pregnant. Her bail was around $10,000. She didn’t have the money to pay. Luckily, she had the bail paid by the "Mother Bail Out", a campaign for black women started this year on Mother Day by many movements for racial and social justice in different states.

Black People are at least 40% of the prison population of this country. Since 1980, the number of incarcerated women has grown by 700%. In my research, I figured out that the number of persons in prisons at United States could create a new city of Houston, Texas, around 2.24 million. Thinking about local jails which also hold persons who haven’t been convicted of a crime yet, the number is bigger than Miami, Florida, at 430 332.

Reflecting on bails, less money means less freedom. The black community is in the worse position in all categories relative to the economy. Therefore, it is symptomatic to affirm that one of the reasons for the statistics is not just lack of money, but racism. It is an unequal cycle.

Thousands of dollars were raised and hundreds of women were released during the campaign, receiving the support that they needed to go home. What could have been two months turned into two weeks for Bynum. For me, this is a sensible and real approach to benefit a community and contest laws at the same time.

When Bynum arrived home, what did she tell her kids without making them feel sad? “My mother used tell me: ‘trouble is easy to get into and hard to get out of.’ I plan to tell them the same thing.”.

NYS TESOL is an association of professionals concerned with the education of English language learners in New York State.

Posted by Cassandra Wong at 3:54 PM