What first caught my attention about Heli was her sense of humor. During class breaks, she would show me Instagram memes from her phone, usually about Finnish and English. One day I asked her why she was interested in language, and she explained that she was studying to become an English teacher in Finland, and was soon to begin a study-abroad program in Boston. Immediately I knew she had a unique perspective on teaching, and that to find out more, I should interview her for the NYLC blog.

Heli’s life changed when she met her favorite teacher back in elementary school. Her dream is to give her own students that same feeling. This month, she begins an exchange semester at Boston’s Northeastern University, and returns to her home country in the spring. I was lucky to have chatted with her. Below is some of our conversation, where she shares her thoughts on teaching and learning, what it means to be a good student, and how teachers can equip students to think positively about learning. I've edited the transcript only slightly for brevity and flow. 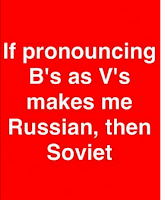 IB: One thing I like about our interactions in class is your sense of humor. You’re always sharing memes about language. Here’s one my friend sent me last week. (I show her a meme, and it reads: “If pronouncing B’s as V’s makes me Russian, then Soviet.”)

IB: Where do you find memes?

IB: Is there any recent meme you remember?

HM: There was one today about Game of Thrones.

HM: Did you see the last episode? 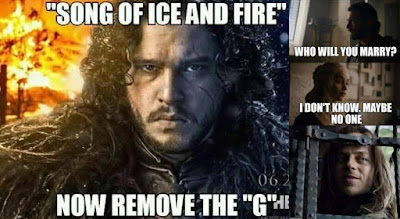 HM: My major is in Education, and I am going to be a teacher when I get back. I am almost finished with my bachelor’s. When I get back I’m going to start a master’s.

IB: You want to finish your bachelor’s, get a master’s, and then work as a teacher?

HM: In Finland you have to have a master’s to teach. I think it’s very amazing. The quality of our education is very good. First you have to read articles on education, and then there’s this test.

IB: Do you feel like coming to New York has giving you an edge?

HM: Like to become a teacher? I think so. I really wanted to study English before going to Boston so I wouldn’t have any problems following the lectures or writing essays. And like you said in class, you don’t want to think about your English, you just want it to flow. So I just wanted to be around as much English as possible. Again, I want to be an elementary school teacher, but I also want to take the qualification exam so that I can teach English in elementary schools.

IB: The experience here has helped you?

HM: Yeah. When I applied for the exchange I didn’t know that I wanted to teach English. After our bachelor’s degree, we start to take bigger minor classes for credits, where you can get certificates, and I knew that I had to choose one subject. But before I didn’t know what it would be. I was thinking also Health.

IB: When did you decide to minor in English?

HM: It’s something that we are around all the time. In Finland we don’t use it that much, but then again we don’t translate any movies and children read a lot of books in English. Also social media. So it’s very useful for them. I want to teach them something they can use, and have every day. But, yeah, I’m not sure, I just decided here in New York that I want to be an English teacher. But I still have to apply for it. There’s a thick book about grammar and the qualification exam is about grammar. After my classes here I’ll be able to study for it. I’ll take the test next spring.

IB: As someone who wants to become a teacher, I’m curious, in your opinion, what makes a teacher good?

HM: This is actually a reason that I wanted to be a teacher. In elementary I had a teacher who was always willing to have conversations. You could approach her in anything, about any aspect of your life. I think that’s very important that the teacher isn’t just an authority. A good teacher is someone who cares about you and knows about your life. And if you have something on your mind you can just go to her, or even talk about it. The most import thing is that, to be a good teacher you must know the subject, but also you must be approachable.

IB: What makes a good student?

HM: Heli leans back and thinks about her answer. Eager to learn new things. Also, someone who isn’t afraid of trying. Of course you can be afraid, but you should still try, even if you think it’s hard. Someone who doesn’t give up. I read a lot about “Growth mindset.” 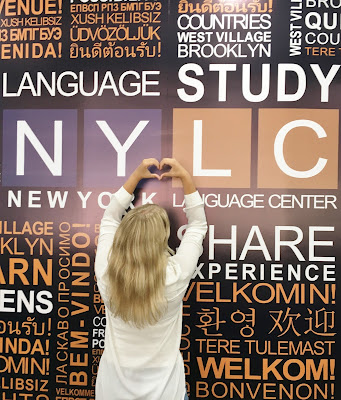 HM: By Carol Dweck, an American psychologist. She has this thing called “Growth Mindset” about, if you fail, you shouldn’t think it’s because of you. Of course you might have done something that caused the failure, but you shouldn’t give up and think, “This is who I am.” You should instead try again. The opposite of growth mindset is fixed mindset: saying, “I’m not good at this, so I’m quitting, I cannot do better.” It’s a lot about the teacher, to give that growth mindset to students.

IB: That’s why I wanted to ask you, because you want to go into Education. What can you do when a student has a fixed mindset? Is the fixed mindset fixed?

HM: You can fix the fixed mindset! I remember an example my friend wrote in a thesis, and I wrote my thesis about positive psychology. It’s about positive education, and it talks a lot about “Growth Mindset” and how the teacher’s task is to bring out the strengths, like point them out to the student, so they can recognize them and use them outside the classroom.

IB: What was your friend’s example?

HM: My friend’s example was, if a student draws something then the teacher shouldn’t say, “You are a really good drawer.” She should say, “You used a really good technique,” so the student doesn’t think, “I’m a good drawer because it comes naturally.” It’s also the same with sports and in math. A lot of students think they’re not good at math.

IB: That’s because they only see the grade and they don’t get the feedback.

HM: They don’t know what’s wrong. They just think, “I’m not smart enough, so I give up.” And it’s not only the teacher’s fault, it’s also the parents’. It’s so important how the parents supports the child. But the teacher also has a big impact on the child.

IB: The teacher sometimes forgets to give feedback.

IB: For example during your presentation today you did a really good job of addressing both sides of the argument, which brought everyone together. You reinforced your message, which was “I want to see everyone together,” as you talked about it, or “modeled it,” as we teachers say. But I didn’t give you this feedback in class.

HM: Thank you, yeah, but not only that, there are so many techniques in education. I think that after I decided to become a teacher, and apply to university, my whole life has changed. Being a teacher is not only about “being a teacher.” It is not a profession, it’s who you are. Even if I haven’t done that much teaching, I still think I’ve grown so much during the years I’ve only studied it, since I’ve started my classes and taught even a little, and went to schools to study Education. I think that, that me being here, is helping me as a person, and also as a teacher. Because, well, who you are as a person is who you are as a teacher.

Faculty member Ivan Brave teaches mostly at the NYLC Upper West Side location. He also chaperones for activities and shows students interesting parts of town. His passions include learning, writing, languages, and philosophy, and he believes that the best part about teaching is when a great teacher and a great student meet to accomplish their objectives. You can read more of his writing at ivanbrave.com
Posted by Anonymous at 3:42 PM